The other night on popular entertainment show E! News, Kendall Jenner, the spawn of Kris Kardashian Jenner and her long suffering husband Bruce, graced viewers with a quote that would make Noah Webster see red:

“I need seven hours of sleep to be functionable (sic)” 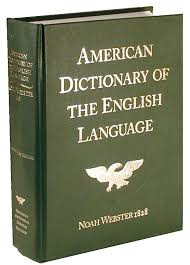 Perhaps Ms. Jenner would benefit from a few more years of education and then she might actually be functional.

All ribbing aside, Kendall is hardly the first person to mangle the Queen’s English, and if the average conversation uttered online or in the popular media today is any indication, it won’t be the last.

So, who killed the English language?  It’s been dying a slow death for many years but one culprit, or group, has finished it off.

It seems like the Kardashians have had a big hand in the demise of the Queen’s English here in the good old US of A. They are repeatedly quoted on their less than relevant reality show saying things like “Me and him had a fight”.

Regardless of who’s responsible, it’s not just persnickety English teachers who care about proper diction. In a world where a misplaced comma can result in severe financial penalties and a casual malapropism can cause anyone in listening range to lose any respect they had for you, being at the top of your oratorical and orthographic toes is no less important than it’s ever been.

Then again, are we just showing our age?  Maybe our best bet is to simply adapt to the times and language of texting and just LOL about all of it!

Read more about adapting as we age.  Or for more on continiuing education:)