A study done by the Boston University of Medicine indicates that there is a link between the nutrient choline and improved memory function. Choline has been found to increase communication between brain cells. This reaction has resulted in the use of choline in many dementia medications. Certain commonly used medications have been found to decrease levels of choline, however. The study showed that loss of choline is associated with impaired cognitive function, which may worsen dementia symptoms.

Medications that have been found to decrease levels of choline include:

Most of the medications that have been found to lower choline levels can be avoided by substituting other medications or changing behaviors. Medications such as Diphenoxylate and Amitriptyline which are used to improve digestion may be avoided with an improved diet. Bladder pills can be avoided by stopping caffeine use and creating a regular bathroom schedule to prevent accidents. Atropine or AtroPen eye drops can be substituted for other kinds of eye drops when needed. 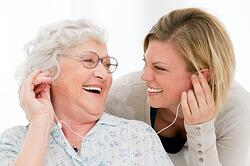 In the study done by the Boston University of Medicine, it was found that people with higher choline levels showed fewer areas of “white-matter hyperintensity” in MRI scans. These areas are believed to be a sign of blood vessel disease related to cognitive decline. Choline is naturally manufactured by the body and can be attained from foods sources or supplements. Anti-cholinesterase inhibitors may also help to increase the levels of choline in the body.

Donipezil and Aricept are drugs that increase the production of choline in the body. The effects of these drugs may vary from patient to patient, however. There may also be side effects such as behavior problems, decreased blood pressure, and insomnia.

Other drugs that are prescribed to control choline levels in the body include:

Choline supplements such as choline chloride, lecithin, and phosphatidylcholine are available over-the-counter at pharmacies. These supplements can help to increase choline levels in the body without some of the harmful side effects that are associated with medications. It is important that a medical professional be consulted before beginning a regimen of supplements to reduce the chances of drug interactions.

Choline can be attained from many meat sources such as chicken, liver, beef, and fish. Choline can also be attained from vegetable and nut sources. Peanuts, almonds, broccoli, spinach, and Brussels spouts are all high in choline. Increasing dietary consumption is typically the safest way to increase choline levels.