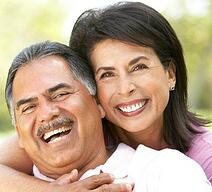 Not everybody feels confident about their appearance when they look in the mirror. However, it seems that confidence does increase with age. According to a new Gallup study, older Americans are feeling better about the way they look.  And while clothing styles and fashion trends among seniors are literally from another generation, they are more confident in their appearance than any other age group.  The American Senior Fitness Association states that the number of seniors exercising is growing, and that exercise builds confidence.  Read more about senior exercise.

Americans, age 65 or older, were given a survey asking them how happy they were with their appearance. 66 percent overall said they were happy with their looks, compared with only 54 percent in the 35 to 64 age group, and 61 percent for people 18 to 34 years old. 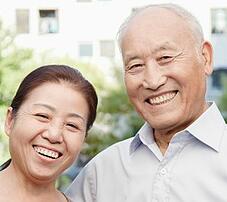 The survey included over 85,000 responses from people over18. While the results indicated an overall dip during the middle age group (35-64), there was a sharp increase in satisfaction with appearance in the 65 and older category.

What’s even more interesting is that other factors, such as gender and race, can play a part in how confident seniors feel about their looks. 64 percent of all men over the age of 65 like the way they look while only 60 percent of women feel the same way. Among the senior age group, 75 percent of African Americans, 70 percent of Asians, 75 percent of Hispanics and 65 percent of Caucasians were satisfied with their looks.

Gallup, the leader of the survey, hinted at the reason behind the confidence among seniors. He says as people grow older, there are different expectations from society on appearance. This results in seniors feeling better about the way they look. So next time you are having a bad hair day, just remember: it gets better with age.

Read more about awesome seniors who do martial arts here.

If you are considering your options as you age, and staying n your home is of primary importance, download the infographic below to see how home care services may be the right fit for you.