Hoarding is a complex, difficult to solve situation. It requires a deep understanding of the situation, the underlying causes and how to create workable solutions that include all stakeholders. No two cases of hoarding are the same. In fact, there are several conditions that include hoarding behavior as a symptom.These include: 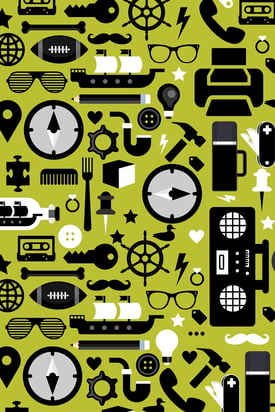 While I will only cover dementia in depth here, I do want to point out that each of these conditions is distinct, and the hoarding behavior is different for each type. Individualized treatment plans to address hoarding disorders are vital, regardless of the underlying diagnosis.

Hoarding due to dementia is a result of the cognitive losses the person is living with. Clutter often creeps up on a person with dementia because they can no longer organize their things. Cleaning up requires making many small (and sometimes larger) decisions such as where to store things or whether to keep, give away, throw away or donate items, and so on. People with dementia have trouble making decisions.

Thinking problems such as fractured logic and poor judgment can also lead to hoarding. To organize and sort possessions requires the ability to think through the objects’ use clearly and rationally. However, these are cognitive losses common to several types of dementia, including Alzheimer’s disease.

Short term memory problems also can make hoarding difficult to reverse because the person with dementia will frequently get off track in their cleaning effort. They also do not know how to sequence an activity, figuring out which part of the process comes first, next and last.

Challenges with language – both written and spoken – can get in the way if the person with dementia can no longer understand the meaning of bills, newspapers and other pieces of paper that can clog up a home. Agnosia, the inability to interpret sensory input, can cause those living with dementia to be unable to recognize objects or understand their purpose, making it impossible to sensibly organize a mess. Since dementia often involves problems with movement, balance and coordination, these can impede the person’s decluttering efforts, as well.

Given the type of cognitive losses we expect from dementia, we should not be surprised when we see someone with dementia hoard, what to us, are meaningless objects. If they tended to be messy, disorganized or hold onto every piece of paper and length of string before the onset of dementia, this compulsive hoarding behavior will become even more of a concern.

Let’s look at a cluttered home from the point of view of the person with dementia. First, they probably know things aren’t right – they are aware they didn’t used to live like this. They likely feel embarrassed, hopeless and overwhelmed. They can be mortified, angry and defensive when others point out their mess. They know a lot of their stuff is important, but they can’t discern which. They don’t want to get rid of anything because it might be the wrong thing to throw out.

Due to their difficulties in thinking and planning clearly, they don’t know how to improve the situation. It can be hard enough for caregivers to figure out where to start, but it’s next to impossible for the person with dementia to think it through.

Here are some important things to remember when helping a person with dementia in a hoarding situation: